On February 15, 2022, the Taiwan Intellectual Property Office (TIPO) announced information on patent and trademark filings in 2021:

From the above information published by TIPO, the author wishes to draw an analysis as follows:

19,547 invention patent applications were filed by local businesses and individuals, the highest since 2014, and rising for five consecutive years. It is mainly due to a 6% increase in filings by companies (of which the number of large companies increased by 9%) and a 2% increase in filings by research institutes. There were 14,543 utility model patent filings and 3,534 design patent filings, a decrease of 12% and 10% respectively, mainly due to an 8% to 10% decline in business filings and 16% by individuals. 29,569, 1,253 and 4,167 applications were filed for invention, utility model and design patents by foreign companies and individuals, an increase of 7%, 13% and 2% respectively .

Japan continues to lead among foreign companies and individuals, which filed a total of 13,324 patent applications, followed by the United States (7,986) and mainland China (4,253), while South Korea (2,388) ranks fourth with an annual growth rate of 27% being the highest among the top five foreign countries. Japan ranked first in terms of invention and design patent applications, and the number of utility model filings by Mainland China was the largest. 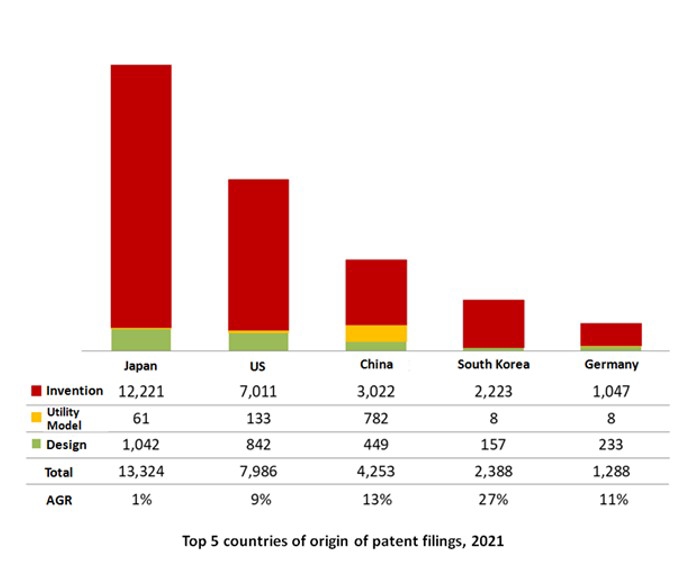 2. TSMC and Qualcomm ranked first in terms of the number of patent filings in Taiwan by local and foreign companies.

In 2021, among the top 100 companies, TSMC won the championship. With 1,950 deposits, it shows a significant growth rate of 78%. TSMC continues to rank first since 2016, followed by AU Optronics (471). Among the top ten foreign companies, Qualcomm grew 17% annually, with 845 filings. Semiconductor equipment manufacturers held 4 seats, including Applied Materials with 793 filings, Tokyo Electron with 477 filings and Disco with 225 filings. While these last three companies rank 2nd, 5th and 10th respectively, the number of filings by ASML of 265 reaches the highest and the ranking is promoted for the first time to 8th. Samsung Electronics ranked fourth with 520 filings or a growth rate of 98 percent, the highest among the top ten overseas companies. 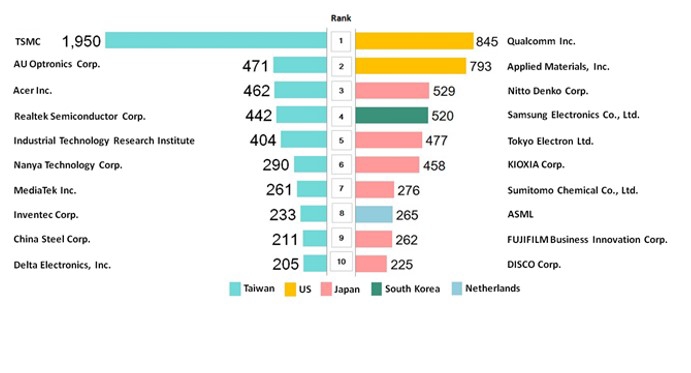 3. The number of trademark filings by foreigners increased, reaching a record 95,917 involving 123,217 classes (73,374 filings by domestic companies and individuals and 22,543 filings by foreign companies and individuals, i.e. a rate growth of 2% and 3% respectively. ) Among the top five countries (regions), mainland China ranked first with 4,929 cases or an annual growth rate of 8%, and the United States also increased by 6% to 4,032, dropping to second with Japan (3,437, an annual decline of 14%) exceeded. 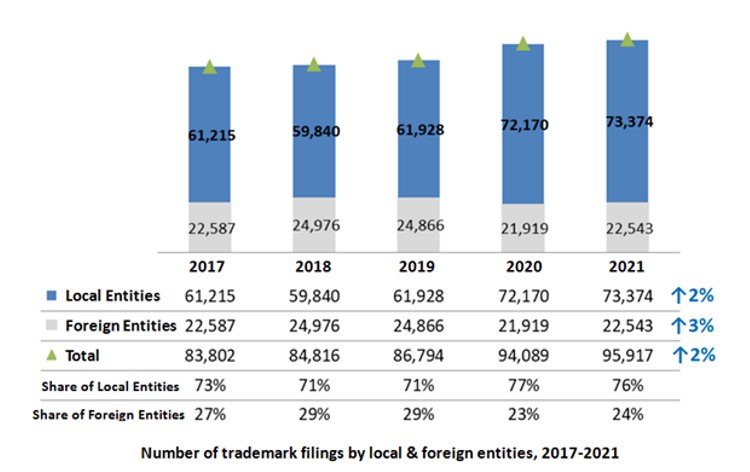 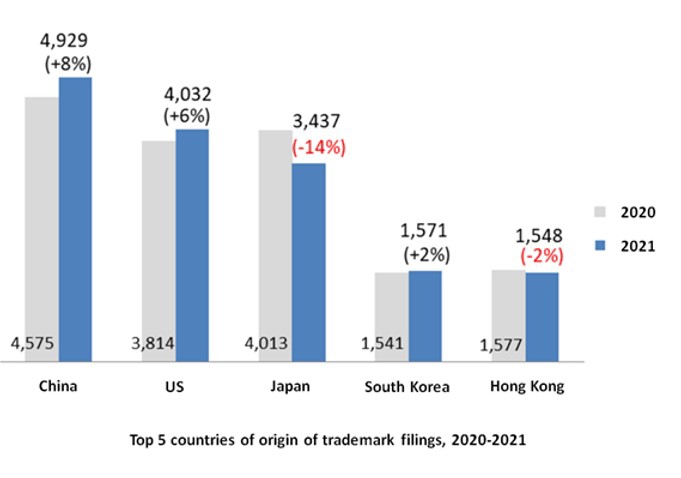