Public records of three months of work by the Century Charter Review Committee are missing.

Chair Mary Bourgeois told the committee Thursday evening that they could not find minutes and charter reviews made during the period.

“I would like to say this. November, December and January – both months of last year and January – we lost a lot of our minutes and a lot of our discussion,” she said at the start of a committee meeting. Thursday afternoon. “You couldn’t find any documents for this charter from our notes and all, and I dug through a bunch of stuff today to find a charter that we blacked out.”

The committee is responsible for updating the charter – the document that legally establishes the city, outlines its powers and details how it operates. The committee has been meeting periodically since October 2019.

On Thursday afternoon, the committee made changes to a draft charter. They will meet again in June, hoping to send a final draft to Century City Council for approval. With the council’s blessing, the new charter will appear on the November ballot for voters to consider.

Bourgeois again addressed the committee at the end of the end about the missing recordings.

“I want to say it again, November, December, January. We lost a lot of things that we had voted on and a lot of terms because we didn’t have minutes and things just disappeared. I went back and looked at a lot of things we had discussed and lost. We tried. I went through a bunch with Buz (consulting Buz Eddy) to try to let you know. It was part of some notes… They can’t find it.

She then appealed to committee members not only for recommended changes to the draft charter, but anything they can remember from the three-month period.

“So is there anything you remember or are not happy with that we left out?” 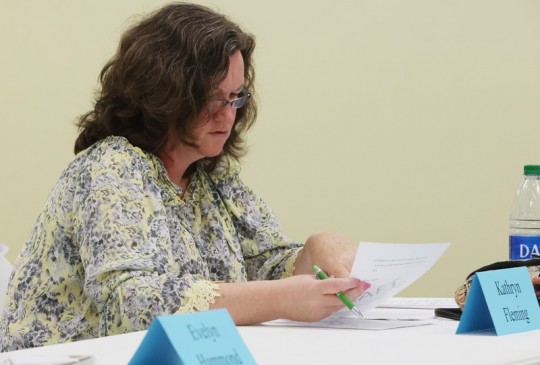