Inventory is tracked via WiliotIoT Pixel without battery, with a Bluetooth Low Energy (BLE) beacon on each product. Flagship’s cloud-based software captures and manages collected data, helping stores avoid stock-outs, meet online ordering requirements and increase sales. Each retailer piloting the system deployed the PowerBridges and detection tags in a single store. Among these is a women’s and men’s fashion company Venroy. Following the pilots, retailers were able to extend the offer to all sites.

The pilots, which are all in Australian stores, are the first deployments of IoT Pixel beacons powered by PowerBridges, the tech companies report. At each pilot site, Flagship’s solution automatically tracks the movement of goods through a store, fitting rooms and rear storage area. The system helps store managers visualize the movement of goods as they are displayed, tried on by customers, or moved to another area. By capturing this data in real time, retailers hope to better understand shopping experiences, while automatically notifying when products need to be restocked as they are sold, says Simon Molnar, founder of Flagship.

The Flagship solution has been in the works since the company was founded over a year ago. Molnar brings a technology background as a software engineer, as well as retail experience as his family operates jewelry stores in Australia. Molnar started working in online retail when he and his brother Nick launched ice.com (a URL now owned by a separate company) in the Australian market as iceonline.com.au sell jewelry online. He has developed ways to help retailers capture the end-to-end experience in a customer’s journey, from the moment of first engagement through sale and beyond.

Molnar found, speaking with brick-and-mortar retailers, that they had a limited understanding of their store inventory. “There seemed to be this inherent understanding and expectation in retail,” he recalls, “that you just didn’t know what was going on in your stores outside of what was selling.” While online shopper behavior can be tracked by detecting which products are viewed and which are purchased, physical stores do not provide this type of information. “So the goal for us was really to create more visibility in this brick and mortar world.”

Knowing more about locations and movement of goods, Molnar says, can help stores better understand product performance and customer interest. Passive UHF RFID tags on products are already read via handheld readers or stationary gates in many stores for inventory management purposes. However, he says, RFID-based solutions have limitations. “There’s little visibility into what’s going on in the store itself,” Molnar says, including where goods are shelved or displayed, when they’re tried on, how often it happens, and when they’re lost or purchased. 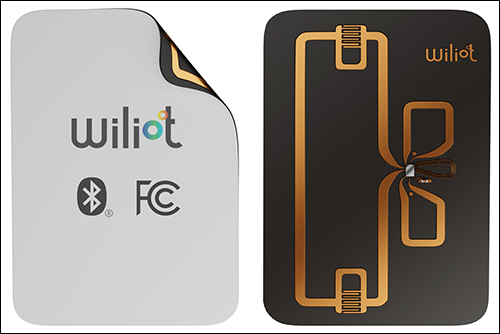 By gaining insight into in-store clothing movements, Molnar says, companies can better strategize about what they sell, where they sell it, and how they are presented and marketed. “They can see if an item is viewed a lot and isn’t tried on,” he says. “How a customer interacts with an item tells you a lot about it and gives you the opportunity to make real-time business decisions to maximize sales.”

The first technology pilots were launched three months ago by a trio of retailers, and several more are now gearing up to roll out the technology. Testing began with basic battery-powered BLE beacons applied to the products, transmitting data to beacon receivers. Flagship was able to prove that the solution could deliver the real-time data stores they were looking for, Molnar recalls. “Then we came across the level of sophistication we can get from Energous wireless power devices,” he says, using battery-less Wiliot beacons, at which point the company “pivoted to this new material”.

IoT pixels are powered by PowerBridges. “When we installed [the technology] at the first retailer,” says Molnar, “it was very much a beta. We weren’t 100% sure what level or percentage of visibility we would get.” However, he says, the percentage of beacons that sent a response to bridges “was beyond our wildest imaginations. We get over 99 percent of [tag] signals.” Flagship has deployed a few thousand beacons to each store so far, and it can view each beacon’s location data in its cloud-based software.

Designed for ease of deployment

The installation process typically takes a morning or two, says Molnar. Flagship performs a site visit to tag goods by affixing IoT Pixel tags to product labels. In the future, says Molnar, labels can be provided at the point of manufacture, since retailers manufacture their own products. The unique identification number encoded on each label is linked to the data on the corresponding article. 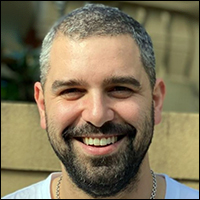 An in-store deployment typically involves several dozen wireless chargers, according to Cesar Johnston, CEO of Energous. PowerBridges are mounted on ceilings and transmit the power required by Wiliot beacons, allowing them to transfer data. The devices also receive Bluetooth data, as well as the location where the tag signals are coming from, then filter this information and transmit it to the Wiliot cloud.

The result, according to Johnston, is the real-time positioning of each tagged commodity. Energous’ technology is currently used for a variety of applications, including asset management. “Our story is about wireless power grids capable of powering the world in a certified way,” he explains, adding that Energous offers certified devices in the United States, European Union, China, India and in Canada.

For retailers, the data managed by Flagship offers a way to better manage inventory levels and quickly identify the goods customers need, while providing analytics. For example, says Molnar, a retailer can use information provided about products that are tried on together in fitting rooms to style mannequins, “because they know that’s how people wear their products.” They can also display popular products in the appropriate area of ​​a store or make changes to their planogram. 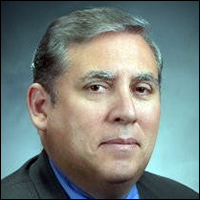 The technology allows stores to identify stock discrepancies, such as one site having too much stock or another having too little. Another potential benefit is knowledge of shrinkage, Molnar says. The system can detect if a tag is no longer read, indicating that it has been removed from the store, and the last known read data can be compared to purchases to determine which item is removed without a sale. Users can then know that a product is at risk of being shoplifted, and the software’s alert data allows managers to determine where and when it happened. They can then check CCTV recordings to confirm the event.

Prior to its pilots, Flagship spent months talking to retailers and validating that their biggest shopping insight challenges could be solved with the RTLS solution. In the future, the system could take advantage of the detection capability of Wiliot beacons, for example by using temperature data to manage in-store displays. “If the labels say it’s a very cold morning on a spring day and their store is heavily geared towards summer products,” Molnar says, “then we can tell them, ‘OK, c ‘It’s a cold morning. Bring more knitwear.'” Eventually, Flagship plans to sell its solution worldwide. “Our target is to win in our own backyard for now, so [we need to] make sure we get the right Australia – and then…we’ll start looking for opportunities more globally.

Wiliot and Energous began their partnership about a year ago, when the two companies combined their offerings in the form of an evaluation kit that was released in January 2022 (see Evaluation Kit Targets Developers for Power-Harvesting IoT ). This evaluation kit, says Johnston, includes Energous’ PowerBridges, as well as Wiliot’s beacons and software for developers. For retail applications, PowerBridges can energize electronic shelf labels.

Energous’ products are interoperable with IoT devices that use the Bluetooth protocol, Johnston said, and are expected to be used in smart office spaces, industrial sites and healthcare facilities. This means tracking sensor data, such as temperature and air quality, with batteryless sensors, as well as detecting the presence and location of assets. Energous offers its technology in the form of fundamental building blocks, he says, based on the needs of a particular solution provider or end user.

Energous has announced that it has received United States Federal Communications Commission (FCC) for 15 watts of conductive wireless power transfer. This, according to the company, will allow its products to transmit up to 15 times more power than before, with no distance limitation.