On stage, the show brought together homegrown heavyweights like…Trail of Dead, Heartless Bastards and Golden Dawn Arkestra for sets backed by the skyline off Lady Bird Lake. Behind the scenes, the event marked the first time musicians were paid $200 per individual for every hour spent playing, by the city of Austin. The new base pay rate, previously set at $150 since 2016, was adopted by the Austin Music Commission the previous week.

Between sets, the label announced the launch of its own efforts to improve financial fairness for musicians. Spaceflight is officially a 501(c)(3) nonprofit organization, a goal long sought after by founder/CEO Brett Orrison. The status allows the label to roll out an experimental concept: while record labels typically have to make money from their artists to stay afloat, Spaceflight plans to support the art with no expectation of recouping.

“Small independent labels are great for the community, but they don’t seem to be able to financially support this artist to keep making music, which is the most important thing. There must be a better way.” – Orrison, Founder/CEO of Spaceflight Records

“I just can’t tell you how many artist friends I’ve had who are super excited to be signed to a label, and two years later they’re right where they started,” Orrison says, calling of a tour mixing live sound for Jack White. “No one, the label or the artist, got paid. Small independent labels are great for the community, but they don’t seem to be able to financially support that artist to continue making music, which is the most important thing. There has to be a better way.”

While a few other independent outlets have achieved 501(c)(3) status, Orrison wants to be the first to be able to provide artist support at the major label level. In five years, he has already amassed a roster of more than 30 artists from Austin’s majority, identifying engaging talent across all genres to grow beyond their hometown.

On the Jumbotrons over Auditorium Shores, the label announced fundraising efforts in its intergalactic visual aesthetic.

Going forward, Spaceflight plans to fund sorties through scholarships. Envisioned as a debt-free recording contract, the artists will not owe the label the investment made in the deployment of their album. Instead, they will start earning a percentage of the profits immediately after posting. With the details still being worked out, Orrison imagines a personalized investment offer ranging from $15 to $50,000. True to existing Spaceflight practice, Fellows will retain 100% ownership of their music.

“Unfortunately, to currently succeed in this profession, artists must go into heavy debt and give up between 50[%] at 80% of their profits upfront,” says Orrison. “This totally sour business has become commonplace and causes so much exclusivity and lack of diversity. We want to see if we can structure it better, so artists make money off their first record.”

The fellowship will cover a variety of services already in Spaceflight’s wheelhouse, including public relations, radio promotion, licensing opportunities, and legal services.

The rollout of Spaceflight’s first fellowships, slated for later this year, is naturally dependent on increased fundraising. Along with public giving, Orrison anticipates that nonprofit status will usher in corporate grants and sponsorship, including the addition and use of a team member with experience in grant writing. Corporate sponsors supported Spaceflight’s growing bookings, including free happy hour sets every Friday at Scholz Garten.

Orrison would also like to eventually pay for his all-volunteer team of about five people, plus interns. The founder supports himself as a producer and engineer, while Spaceflight marketing director Sam Wainwright Douglas works as a filmmaker and public relations director Samara Simpson teaches live music and talent management at Austin Community College. After being let go from the Old Settler’s Music Festival in 2020, Simpson has branched out into the label’s day-to-day operations, typically helping with around 10 album releases at a time.

“We’re trying to find a way to change the game and end the record advances,” she explains. “That’s how record companies make money: they have to recoup. With the grant, part of our corporate sponsorship would pay off our staff, so we wouldn’t need to recoup at all.”

Other advisers, like Rick Pierik of Nine Mile Records and Matt Sullivan of Light in the Records, draw on experience from the label world. The latter, connected to Orrison through a shared involvement with the Black Angels – one of the few contemporary artists on Sullivan’s taste reissue label, wrote to the the Chronicle“I don’t think there’s anything quite like Spaceflight in terms of being a non-profit organization and its dedicated mission to help artists grow their careers. The music industry is a mess, so what Spaceflight does is needed more than ever. I’m happy to lend a hand in any way I can.”

Orrison’s decades of relationships with the music industry have underpinned the label’s rapid growth since 2017. After producing Kalu & the Electric Joint’s debut album Canceled time, Orrison launched Spaceflight to support the psychedelic soul record. A year later, after a conversation with the head of the city’s Music and Entertainment division, Erica Shamaly, Orrison shut down Spaceflight’s LLC to relaunch as a non-profit organization called Spaceflight Mission, initially just recognized by the ‘State. A few days later, it hooked up through Friends of Friends for continued distribution through Universal-owned Ingrooves Music Group.

Since then, the label has also struck a deal with Austin-based Frog Music Licensing, placing a dozen Spaceflight songs on TV shows over the past few months. They partnered with local Gold Rush Vinyl and White’s Third Man Records for vinyl manufacturing. Along with international distribution, a central goal of Spaceflight’s nonprofit effort is to enable vinyl pressing – currently paid for by artists. 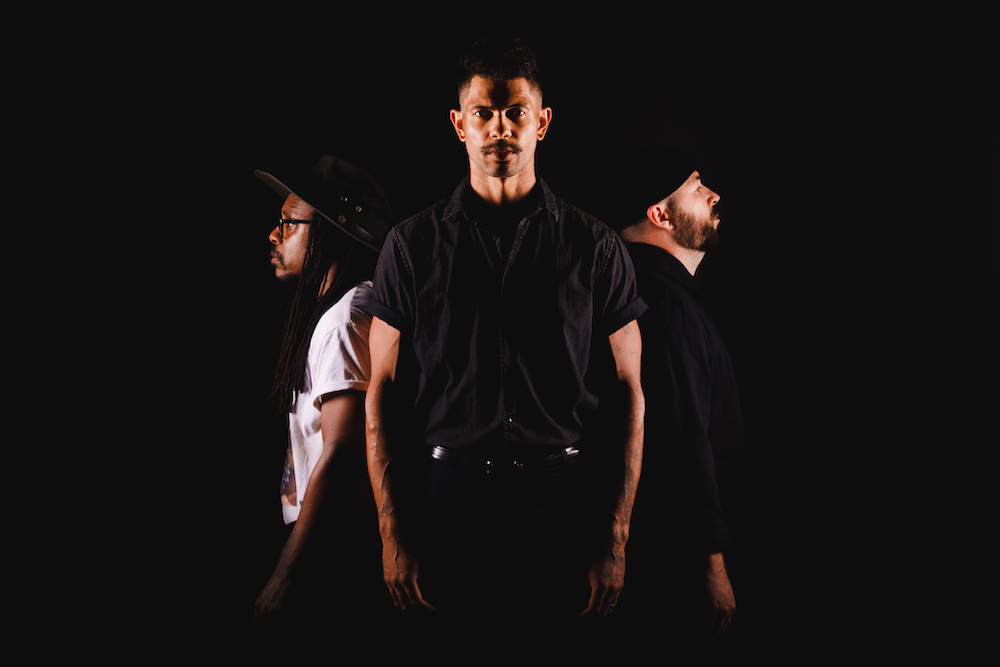 All of the above applies to the Urban Heat label, run by vocalist Jonathan Horstmann. His band’s upcoming July EP, Welfare, joins Spaceflight’s schedule of upcoming releases from Big Bill, Primo the Alien, Calliope Musicals, the Tender Things and the latest addition Garrett T. Capps. An angel investor fan has offered to privately fund the Urban Heat vinyl.

Currently, Urban Heat has free access to Spaceflight’s attorney for contract negotiations with a post administrator. Besides label dealings, Horstmann sees C3 booker Donahue as an unofficial member of the team to seek advice from. Along with consulting Simpson, he also enjoys the community nurtured by the Spaceflight roster and events.

“Being part of a family of local artists, especially during the pandemic, has been really great,” says Horstmann. “Now it’s about seeing how long it takes them to make enough money to really change the career trajectory of some artists. It’s an interesting experience, and to be a musician is to be a dreamer. Spaceflight has the potential to make us grow much faster than we would on our own, so it’s also, ‘Why not?'”

The administrators of Spaceflight also dream big. Without an office, the label is working on plans for a campus incorporating a recording, content creation and film studio – available free to their artists – as well as a music venue and record store. Simpson wants two nights at Auditorium Shores at the upcoming SXSW, and Orrison intends to poach from major labels.

“Our goal is to sign any great artist with a shitty recording contract,” he says. “Everything we get out of it is to subsidize the development of our artists, so it’s a great reciprocity. We can be a new type of modern contract. No cap.”