Economic growth in the United States contracted for the first time in two years, shrinking at an annualized pace of 1.4% in the first quarter after increasing 5.7% in 2021 with the best annual performance since 1984.

The surprise drop was worse than the Reuters survey’s already weak 1% forecast and even missed the Atlanta Fed’s GDPNow estimate by 0.4%. Since the first quarter of last year, the economy has grown 3.6%.

Despite the sharp deceleration in growth from 6.9% in the fourth quarter, equities rebounded strongly and Treasury yields and the dollar posted modest gains as traders noted several negative factors that are unlikely to recur. over the next few quarters.

The trade deficit widened in the first two months of the quarter as importers sought to overcome supply chain issues and exports fell. In the government’s economic accounts, trade deficits subtract from GDP. Companies slowed the acquisition of inventory at a rapid pace in the second half of last year. Combined with these two elements, trade and inventories reduced first-quarter growth by around 4%. Real final sales, a category that excludes trade and inventory, accelerated at an annual rate of 2.6%.

Consumer spending, the warping engine of the US economy, grew at an annual rate of 2.7% last quarter, compared with 2.5% in the fourth quarter. Purchases of consumer goods were little changed, while spending in the services sector added 1.9% to GDP.

Business investment in equipment and research and development was robust, up 9.2%. Private demand grew at a rate of 3.7% in the first quarter, more than double the 1.8% pace the Fed considers likely over the long term.

The US Dollar rose in all major pairs except USD/CAD where the Loonie was supported by a 2.6% gain in West Texas Intermediate (WTI) to $104.20 and increases recent and forecast rates from the Bank of Canada (BoC). 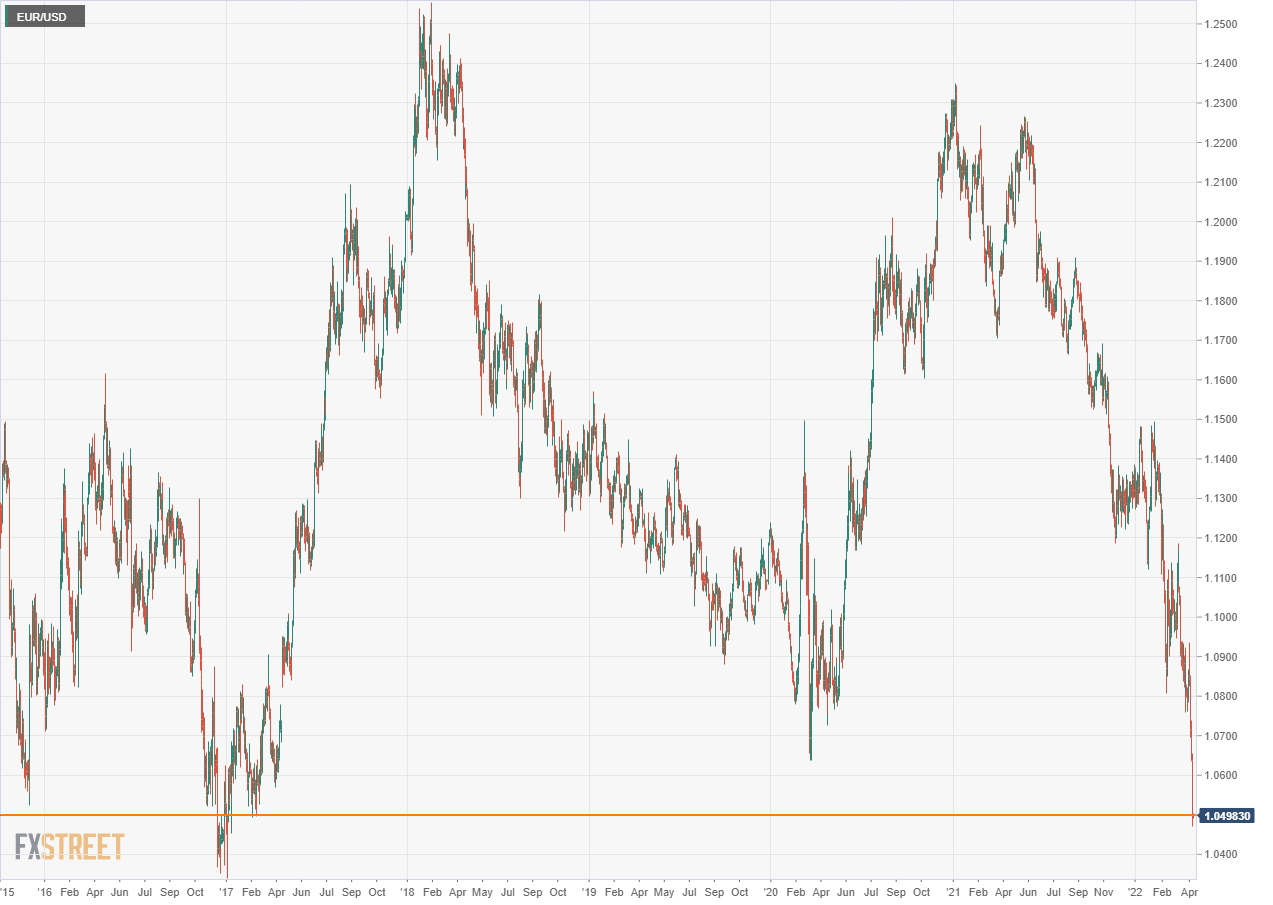 The dollar-yen rose 1.8% on the day, ending at 130.80, its highest level in two decades as the Bank of Japan (BoJ) reaffirmed its accommodative monetary policy on Thursday in Tokyo. USD/JPY is up a remarkable 13.9% since opening at 114.81 on March 7, fueled by soaring US Treasury rates, while Japanese government bond (JGB) yields are remained largely unchanged. 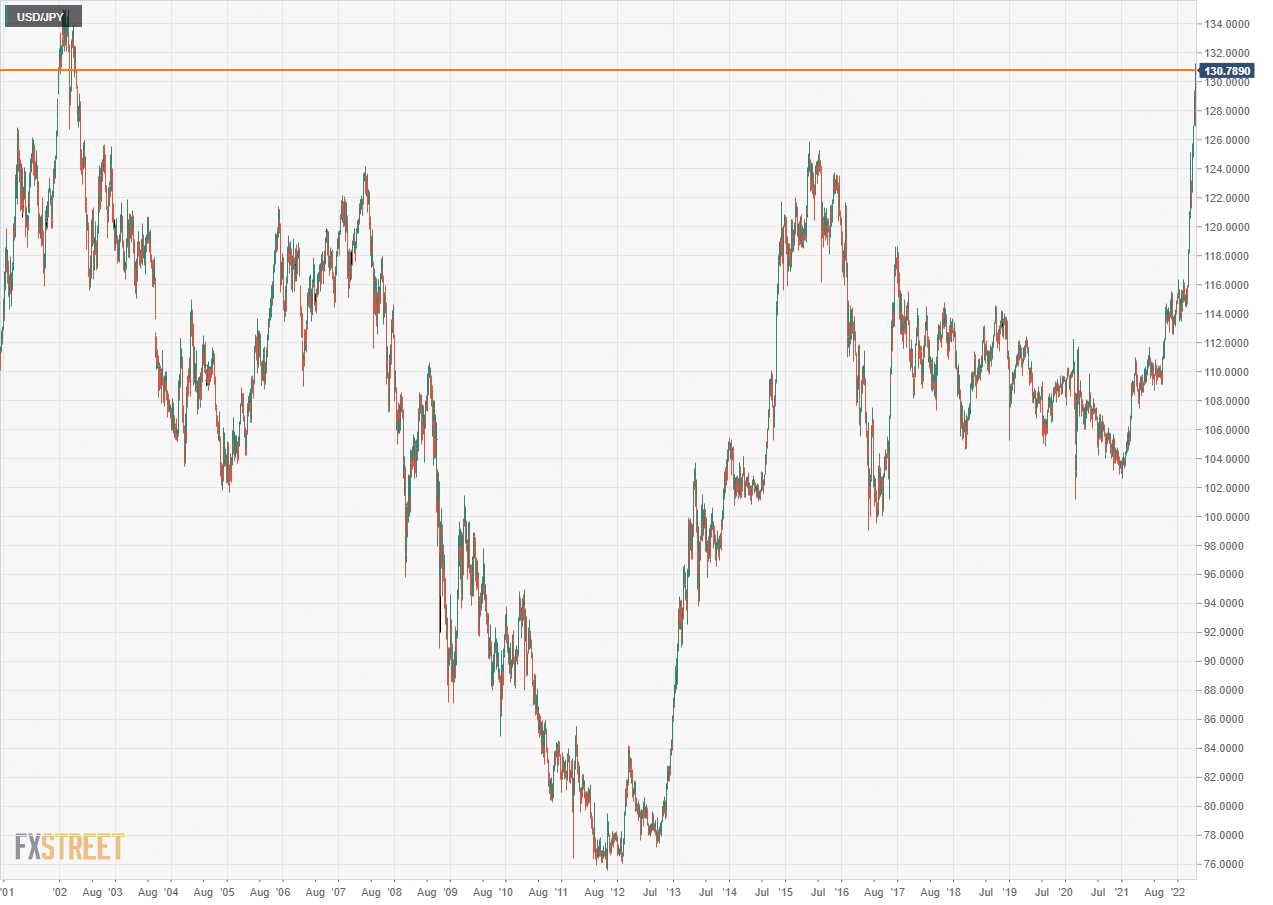 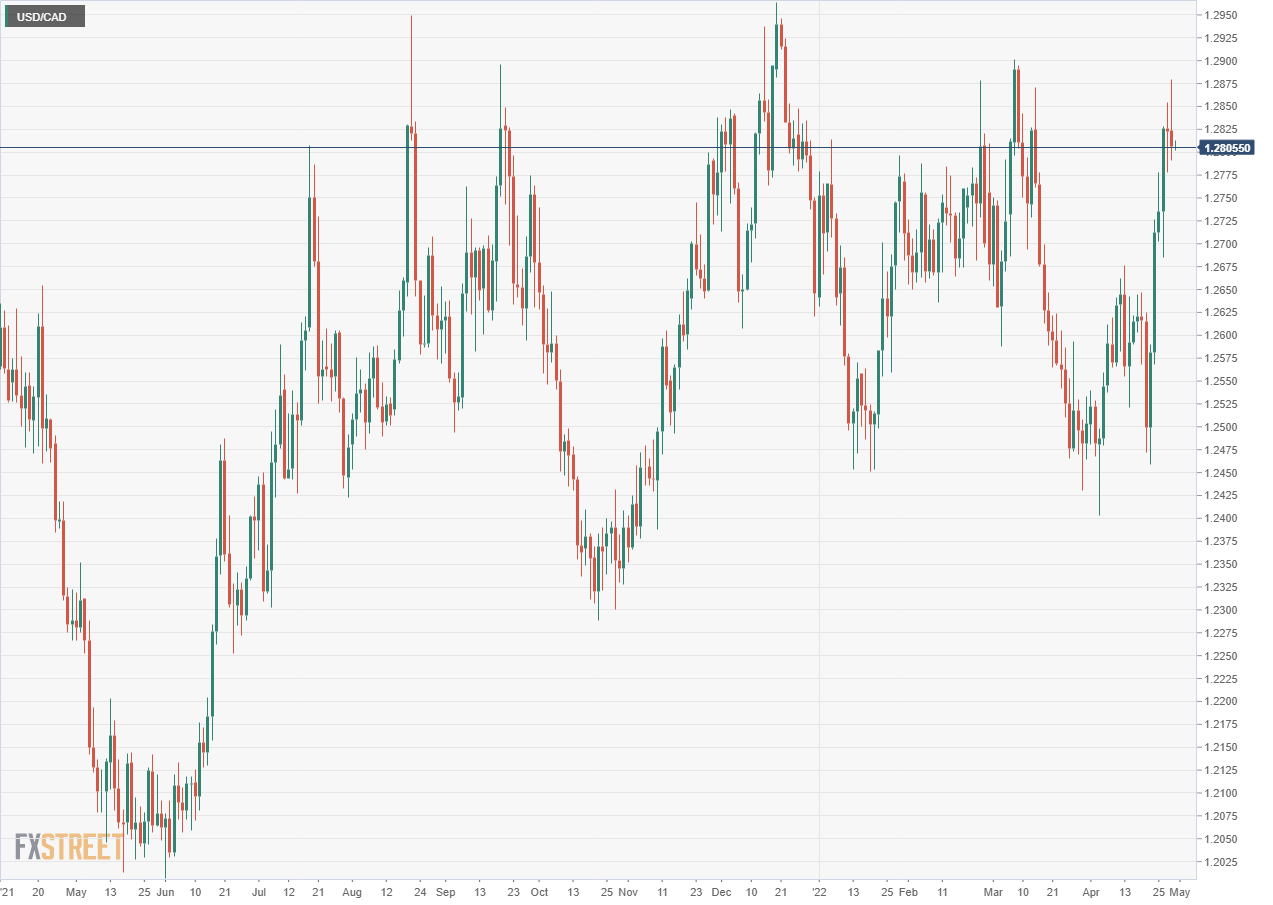 The GDP report is unlikely to alter the Federal Reserve’s plans for a 0.5% increase at Wednesday’s meeting. Treasury futures forecast an 81.5% chance that the federal funds rate will be 2.75% or higher by the Fed’s final meeting of this year on Dec. 14.

Inflation is the wild card of the economy.

So far, the year-long tidal wave of price increases that has swept through all sectors of the consumer economy has not deterred household spending. One of the keys to consumer resilience is the job market. Employment is easy to find. The number of jobs offered has averaged more than 11 million over the past ten months, an absolute record. Unemployment claims were 180,000 last week, also very close to record lows, and wage gains are solid. The average hourly wage rose 5.6% in March, although it was overtaken by the headline inflation rate of 8.5%. Over the previous year, consumers lost 2.7% of their purchasing power.

As long as Americans continue to finance economic expansion, the Fed’s hope of being able to reduce inflation without causing a recession can remain alive.

Rebound from July open could fade as US inventory improves