A summer of broken world and European records!

2022 has been the most successful summer for GBR in recent history, not only on the international stage, but on the world and European record-breaking stage.

Let’s take a look at what has happened on the record scene, with records that have been ratified at the time of writing by World Archery Europe and World Archery.

Throughout the year, starting with the first outdoor shoot of the year, Ollie won the European U18 and U21 50m records with 632 at March Madness, only to improve it the following month and notably the record senior to 649 at Meriden Spring 720. June came, and again, taking all three European records with 656 at Stephanie Hall Memorial 720. To then improve the world record in all three age groups to 673 in September at Hampshire Outdoor Tournament! 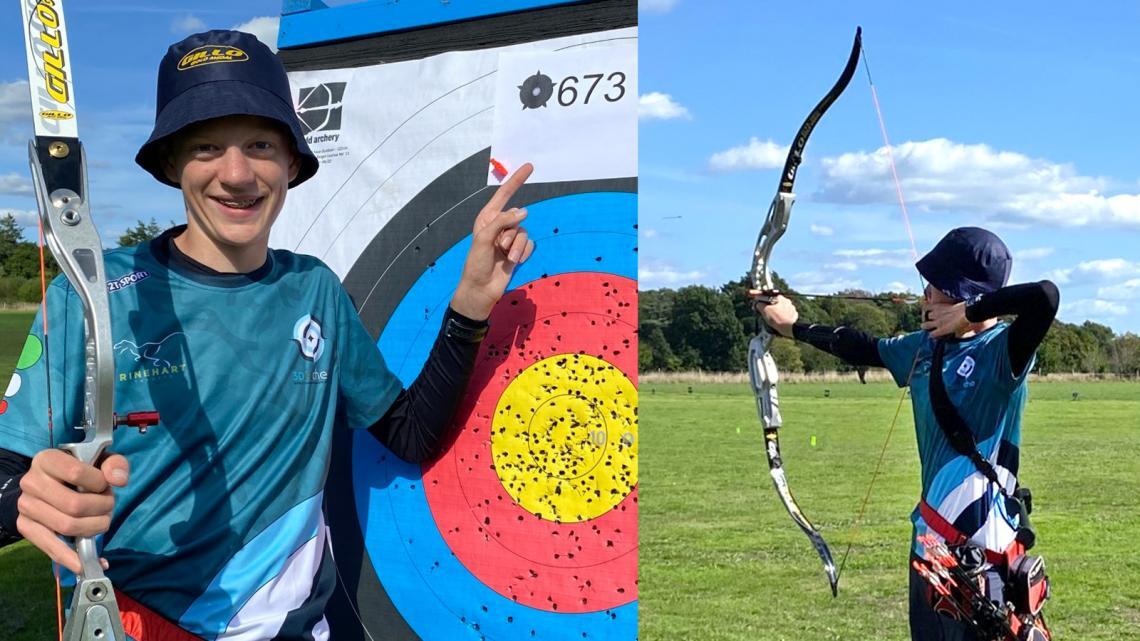 The indoor season has arrived, and subject to ratification, Ollie has already broken the U18 and U21 WA18 world and European records with 561, shooting at Wallingford Castle on the first weekend of October.

In total for the year so far, Ollie has taken 10 world records and nearly 20 European records.

No barebow record is safe from Ollie…

The world number 1 had her sights set on European and world records in the compound world, and that’s exactly what she did this year! Again, starting her year in early April at the AAE Arizona Cup, Ella took the European record from 710 to 711 over a 50m round.

Eight days later the European match record at 15 arrows with 150 9x at the Meriden Spring 720. Ella commented on her social media: “What a great match, coming into this last end knowing that I not only needed a 30 but a 1x to set the record was nerve wracking but also amazing to do it at 2!” However, Ella wasn’t done with that record yet. June came to Stephanie Hall Memorial 720, also at Meriden Archery Club, and the record was broken again. This time the European record for the 15-arrow match was set at 150 10x!

Last, but not least, Ella’s world record, shot at Cleadon Archers Double WA720, shooting 1417, putting two points on the world record. She commented, “I know there’s still a lot in me and this record will go again for sure, but for now I’m happy to beat it and make it my own.” 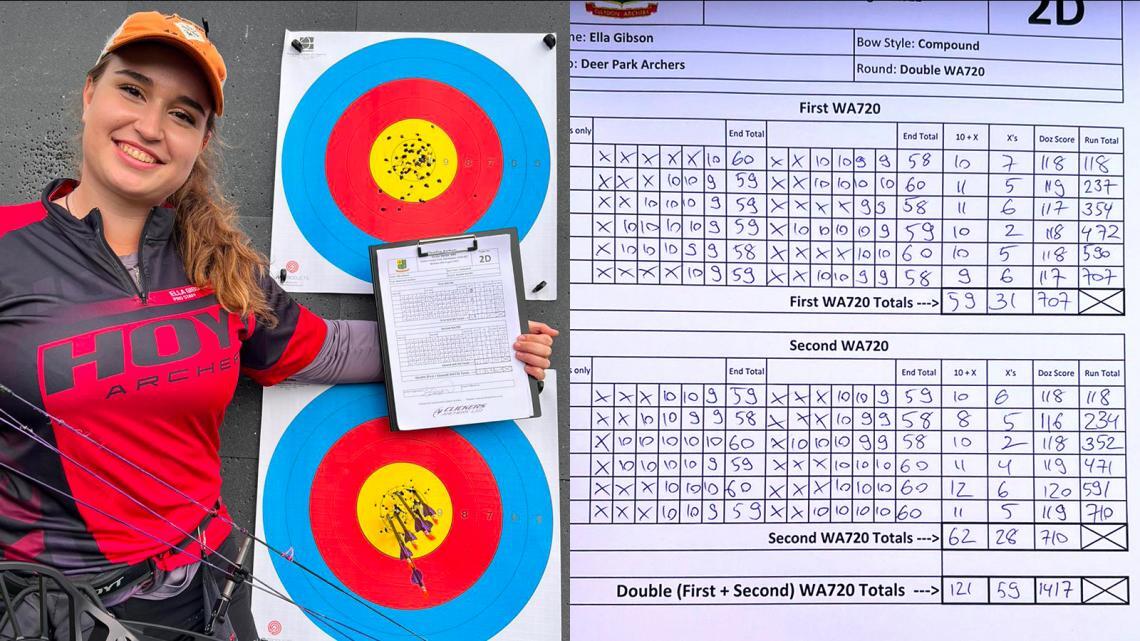 World number 1 Phoebe Paterson-Pine began her record breaking in April at the Bowbrook Archers WRS 720 with the World and European 50m doubles round in the Compound Women Open division. Phoebe shot 1357, bettering old records by 10 points.

To start again a month later at Bucks or Bounty, taking the records with 1378. 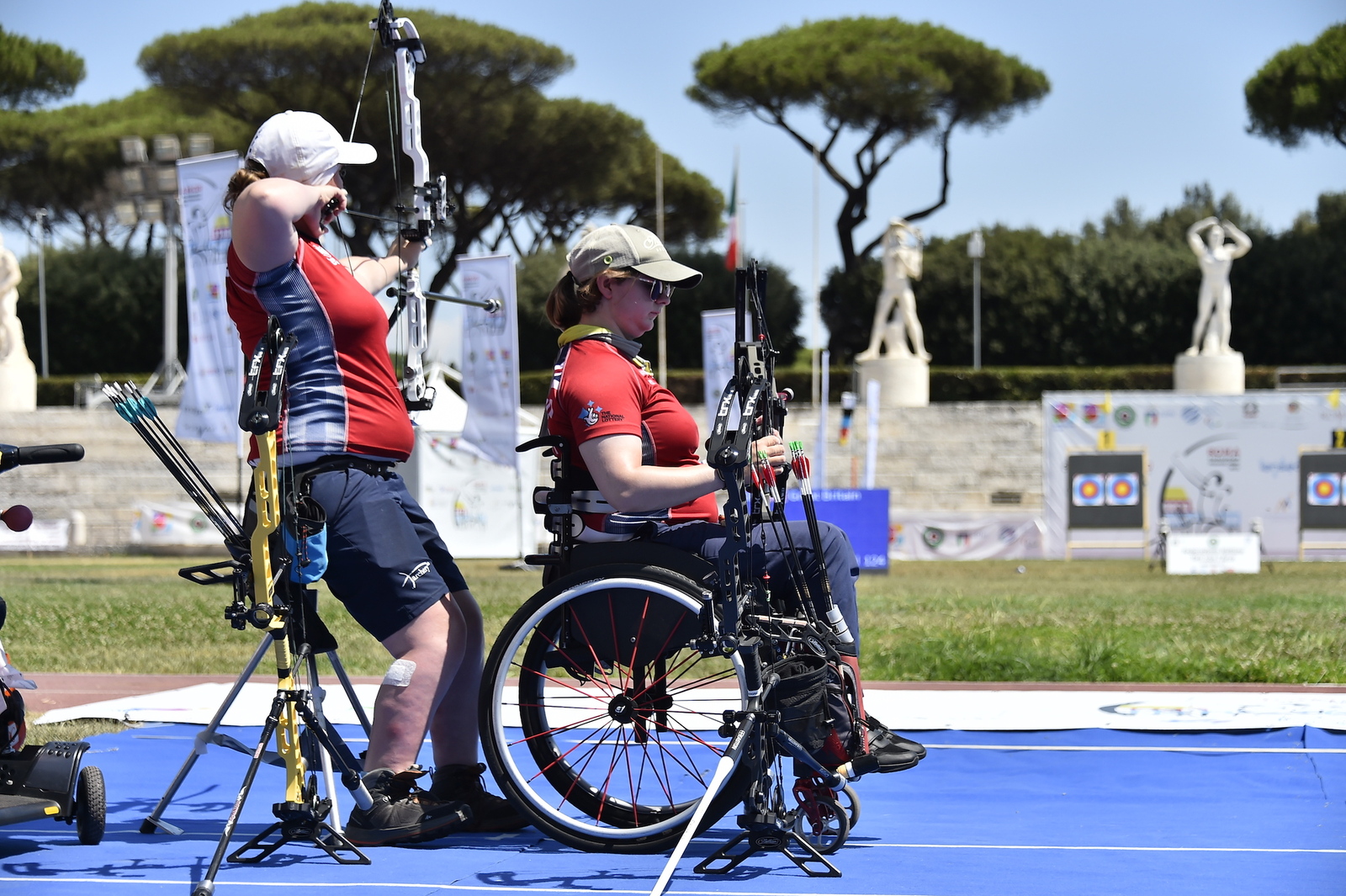 Phoebe told us, “I didn’t expect to break so many records this year in such a short time. I managed to break five British, European and World records in five days, I think? It’s crazy to think. I’m really proud of what I’ve accomplished and I can’t wait to see what the future holds. I think more importantly, this year has shown the level of excellence that we also have in para archery in this country. .”

Another successful year for Penny Healey also led to European and world records for the World Cup medalist.

Penny’s first record this year was the Women’s Classic U21 European Record for the Double 70m WA720 event at Welbeck Archers WRS WA720. Increased the record by two points to 1326. 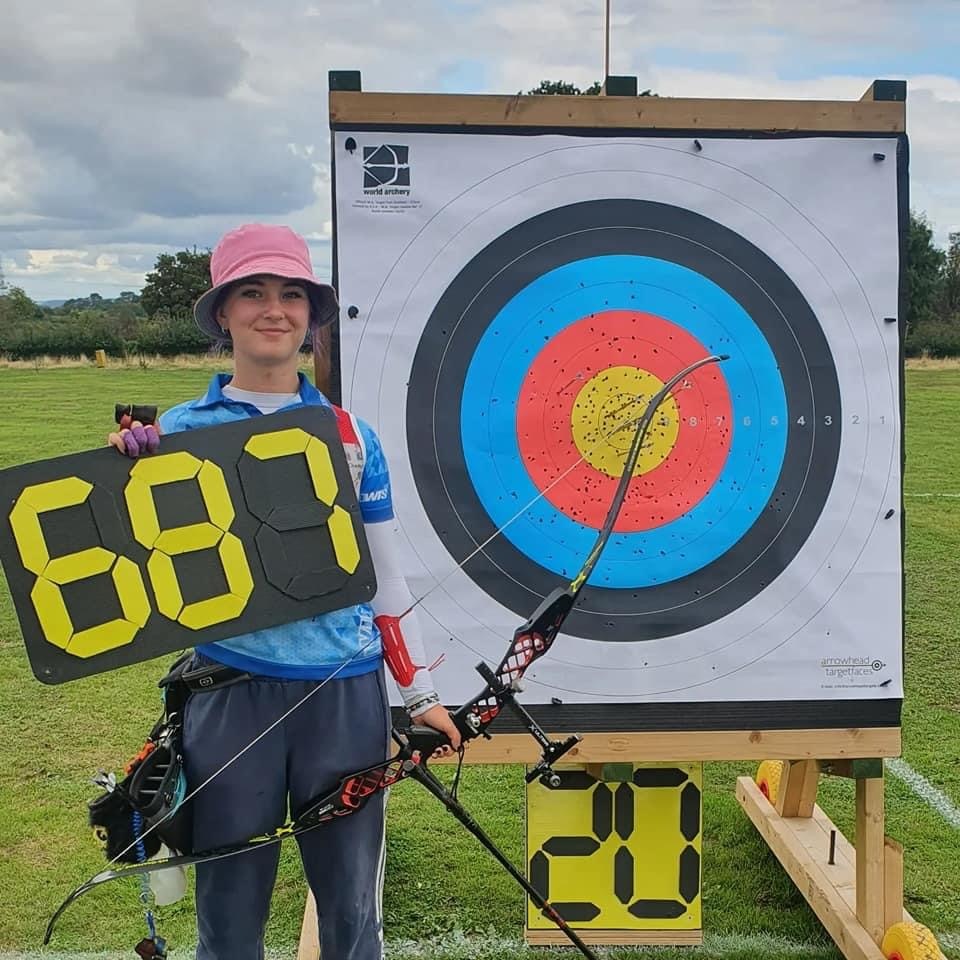 Later in the season, at the UK Junior Masters at Deer Park Archers, Penny took An San’s U18 world record (along with the European record) of 686 up to 687 over the WA60m round.

Bucks or Bounty was a competition for world and European records, Vic Williams added to the Barebow Masters Women tally for the Double 50m round. Vic shot 1160 during the competition, adding three points to the previous record of 1157.

Another barebow record? Yeah! Amelia Chumber won the European U21 women’s double 50m event, also at Bucks or Bounty, in May with 999.

Nathan Macqueen and Jessica Stretton broke the Compound Open Mixed European record for the 50m event with 1390. This was done at the European Para Archery Championships. 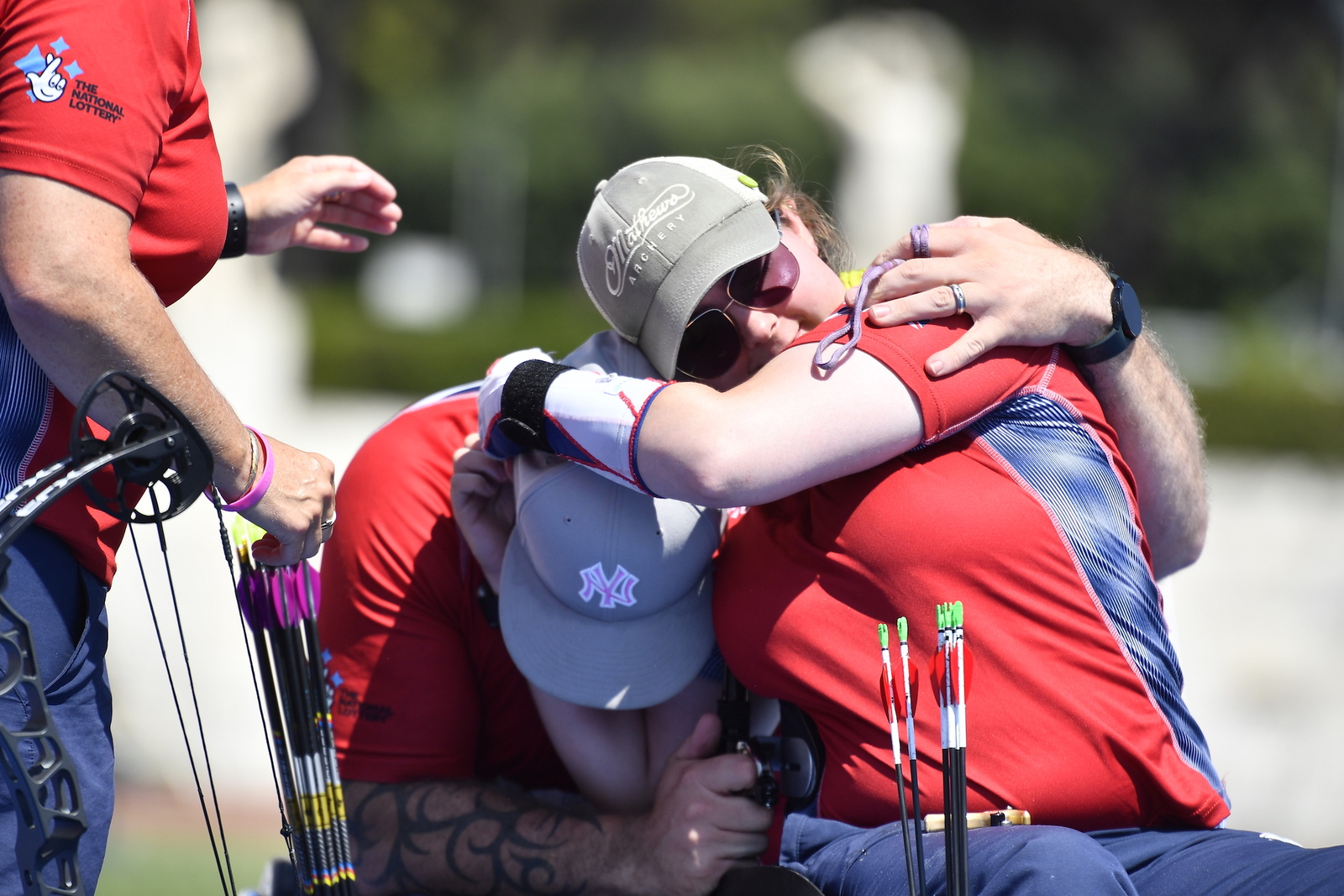 The European Youth Championships, held at Lilleshall National Sports Center earlier this summer, played host to the European team match record for the U18 women’s team with a score of 230. team consisted of Hallie Boulton, Sinead Byrne and Patience Wood.

Charlie Medhurst, Monty Orton and James Woodgate broke the European record at the European Youth Cup in Bucharest as a team in qualifying. The team added four points to the existing record, taking it to 1972 between the three.

P. Diddy and his son celebrate their records topping the charts